Gabon Gabon (Gabon), the Gabonese Republic (Republique Gabonaise), is a state in Central Africa. It borders in the north with Cameroon, in the northwest with Equatorial Guinea, in the northeast, east, southeast and south, with the People’s Republic of the Congo. In the west it is washed by the Atlantic Ocean. The area is 267.7 thousand km2. The population is 1.2 million people (estimated by the government of Gabon, 1980; according to the UN – 550 thousand people). The capital is Libreville. Administratively, Gabon is divided into 9 districts. The official language is French. The monetary unit is the CFA franc. Gabon is a member of the Customs and Economic Union of Central Africa, the Organization of Petroleum Exporting Countries (OPEC). 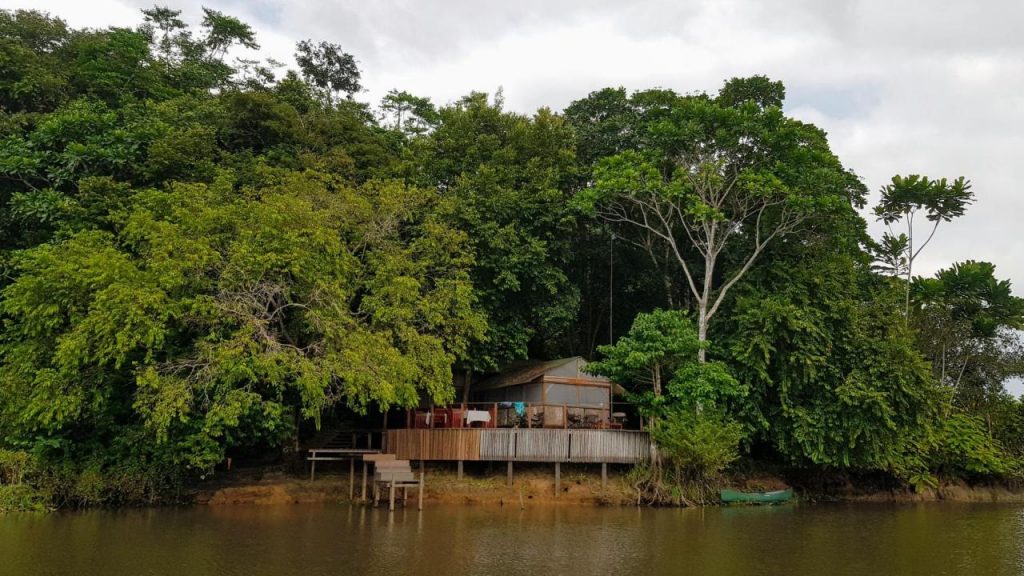 General characteristics of the economy.

Key positions in the economy are retained by foreign, mainly French, capital. Since the late 1950s, the country’s mining has increased dramatically. In Gabon, five-year plans for the economic and social development of the country have been drawn up and are being implemented (since 1966). The industry employs about 25% of the population. The share of industry in GDP is about 77%. The leading export branch of the economy is mining, the second most important branch of industry is logging. In 1978, oil accounted for 74.8% of total exports, timber and timber products 9.4%, manganese ore 8.2%, and uranium concentrates 7.5%. imported machinery and equipment (28% of total imports), vehicles (20%), food (20%), etc. Main contractors: France (41.2% of exports, 68.8% of imports), USA, Germany, Japan .

Electricity production 569.5 million kW • h (1980). The main means of communication are motor roads; in 1979, the length of roads administered by the state, 6950 km, incl. paved 600 km. The length of railways is 185 km. The main seaports are Port-Gentil and Libreville. Pointe-Hyap port in the People’s Republic of the Congo plays an important role in servicing foreign trade transportation.

The inner part of the territory of Gabon is occupied by plateaus and mountains (the ridge of the Crystal Mountains up to 1000 m high, to the south – the Chayu massif, the city of Nimi – 1370 m). In the extreme east, table plateaus (up to 500 m high) are the watershed of the Ogowe and Congo rivers. There is a lowland along the Atlantic coast. The climate is subequatorial, in the north – equatorial; the average temperature in April is 25-27°С, in July 22-24°С. Precipitation is 1500-3000 mm per year. The main river is the Ogowe (navigable from Port-Gentil to Njole). 75% of the territory of Gabon is covered with forests with valuable tree species.

Geological structure. The territory of Gabon is located at the junction of the Central African Early Precambrian craton and the West Congolese Late Precambrian fold belt. Within Gabon, the Mesozoic Congo syneclise, Mesozoic-Cenozoic marginal continental depressions of Gabon and Douala stand out.

Precambrian basement is represented by Archean folded complexes (gneisses, crystalline schists, granite-gneisses of the Shayu Mountains), Lower Proterozoic (conglomerates, shales, quartzites of the Mayumbe and Ogove systems with Lambarene-Shinshva, Emiras, etc. granites cutting them, as well as pegmatites with an absolute age of 1950 Ma . years), Middle Proterozoic (conglomerates, quartzites, sandstones, dolomites with dolerites), Upper Proterozoic (terrigenous-carbonate rocks with horizons of tillites of the Western Congo system). Deposits of ferruginous quartzites are confined to the Archean and Proterozoic strata.

Non-folded complexes of the Precambrian cover begin with the Middle Proterozoic Franceville system (conglomerates, sandstones, clayey-carbonate rocks with horizons of jasper, tuffs, carbonaceous shales, sandstones with vein granitoids, dolerites with gabbroids intruding them) and end with terrigenous-carbonate strata of the Upper Proterozoic system of Western Congo (with these deposits are associated with deposits of ores of uranium, manganese and iron).

Ore occurrences of copper, lead, zinc, placers of gold and diamonds are associated with the strata of the Mesozoic-Cenozoic; with Aptian deposits – salt deposits that form the core of salt domes; with rocks of Senon, Eocene, Miocene – oil and gas fields.

The territory of Gabon belongs to the Cameroon-Gabon artesian basin. Cenozoic volcanic rocks in the upper reaches of the Mbam River are characterized by high permeability and water content (spring flow rates up to 100 l/s). In the Gabon depression, groundwater is saline, because. salt stocks permeate all rocks, up to the Miocene. The underground waters of the inner region of Gabon are poorly studied. Fresh waters are localized in the Upper Cretaceous sandstones and sands, their resources are unstable, they are used for water supply to the city of Libreville (during the rainy season, the water intake reaches 4400 m3/day).

The water supply of Port-Gentil is based on the use of Pliocene fresh water (86 wells provide up to 4000 m3/day). Low-mineralized groundwater is common in Quaternary sands.

There are 37 oil and gas fields on the territory of Gabon (10 of them are within the waters of the Gulf of Guinea). The largest deposits are Grondin, Gamba, Barbier, Anguy and others. The oil and gas fields of Gabon are confined to the northern part of the large Kwanza-Cameroon oil and gas basin stretching from Cameroon along the western coast of Africa through the Congo to Angola. Commercial oil and gas potential is established in the low-lying coastal part from the city of Port-Gentil to the southern border. Oil and gas bearing horizons of sandstones of the Lower Cenomanian, Senon, Maastrichtian, dolomites and limestones of the Paleocene and Eocene, sandstones of the Lower Eocene. Depth of deposits is 600-3000 m, oil density is 840 kg/m3.

The main deposits of uranium ores (Munana, Oklo, Boyinji, Okelobondo) are located in the Munana region, in the Upper Ogowe province, northwest of Franceville, and are associated with sandstones and conglomerates of the lower horizons of the Middle Proterozoic Franceville system. The steeply dipping ore body of the Munana deposit, 20–25 m thick, has been traced to a depth of 150 m.

The largest deposits of iron ore – Belinga (balance reserves 566 million tons, metal content 65%), Boka-Boka (200 million tons, 60%), Batuala (100 million tons, 40-60%) are located in the Mekambo region , in the north-east of the country, and are confined to strata of ferruginous quartzites of the Archean and Lower Proterozoic. Minkebe and Kokomegiel deposits, similar in genesis, are less significant (2/3 is located on the territory of the Congo). Smaller deposits are associated with Proterozoic ferruginous quartzites – Mbilan, Chibanga, Milinga; in the rocks of the Franceville system, the Lobi-Lobi deposit is known. 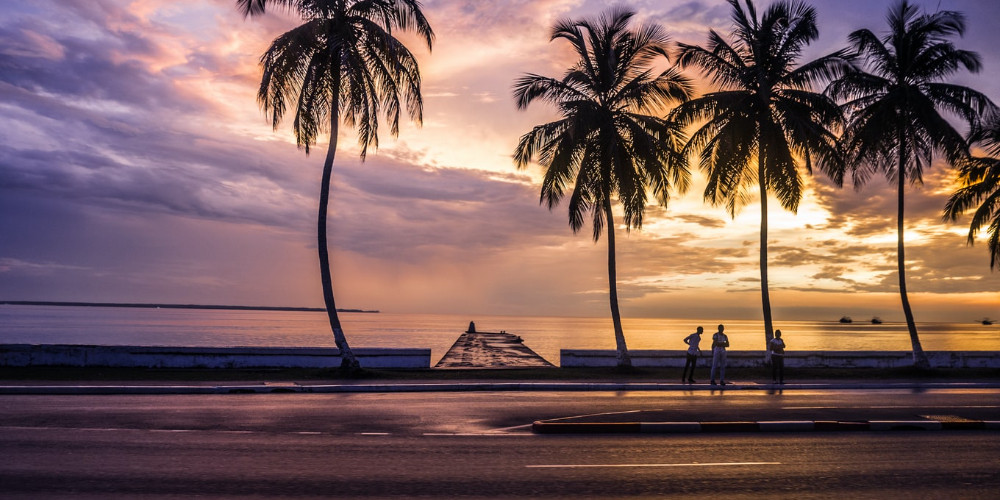 In terms of reserves of manganese ores, Gabon ranks third (early 1980) among industrialized capitalist and developing countries. All reserves belong to the Mwanda field, confined to the upper terrigenous-carbonate sequence of the Franceville system; The ore bed, 5 m thick, was traced over an area of ​​19 km2. The total reserves of the deposit are 450 million tons. Ores are nodular, lamellar and cellular, contain 30-52% manganese, as well as impurities of sulfur 0.03-0.9%, phosphorus 0.04-0.13%, silica 3-4% , alumina up to 7%. Ore minerals are polyanite, psilomelane, manganite, rhodochrosite.

Primary gold deposits in Gabon are rare and insignificant in terms of reserves. The largest placer deposits are known in the Eteke region, where the gold content reaches 138 g/t; poorer placers in the basins of the rivers Ivindo, Jadie, Lolo. In the Shayu area there are gold-bearing quartz veins, due to the destruction of which placers with “hurricane” metal contents (up to 2 kg/t) were formed.

Deposits of other minerals are also known on the territory of Gabon: tin ores (Mimongo deposit); polymetallic ores (in the north of Gabon, in the Kpycy region); large deposits of potash and rock salts (Ozuri-Centu and others), confined to the Mesozoic-Cenozoic strata of the Gabon depression, the depth of which is from 400 m to 2000 m; barite (Durekiki); talc (70 km northeast of Chibanga). There are numerous deposits of marble.

General characteristics. Gabon is a country with a developed mining industry, the intensive growth of which began in the late 1950s. In the structure of GDP, its share is 35% (1979). Gabon occupies one of the leading places in the world in the extraction of manganese ore, is an important supplier of uranium ore, iron and gold ores are mined on a relatively small scale . Non-metallic building materials are mined (glass sand, clay, stone for the production of crushed stone). Reconnaissance underwaydeposits of non-ferrous metal ores, barite, talc. (See the map for the location of mining facilities.) The mining industry has a clear export orientation and is controlled by foreign monopolies; the state participates in the implementation of mountain programs.